Walmart’s Out Of Stock Strategy: Focusing on Ground Shipping

Walmart’s Out Of Stock Strategy: Focusing on Ground Shipping

Walmart online shoppers may recently have noticed that more items have been marked “out of stock.”

The items marked “out of stock” seem to be those that Walmart believes are too expensive to ship, as a result of being stored too far from the end customer’s address. Previously, Walmart would have eaten the cost of the additional shipping costs for such items.

To the layperson, this may seem like Walmart is having issues with its supply chain. However, this is an extremely calculated and clever move on their part.

In fact, other online retailers might want to take note.

Why “Out of Stock” is not a bad thing 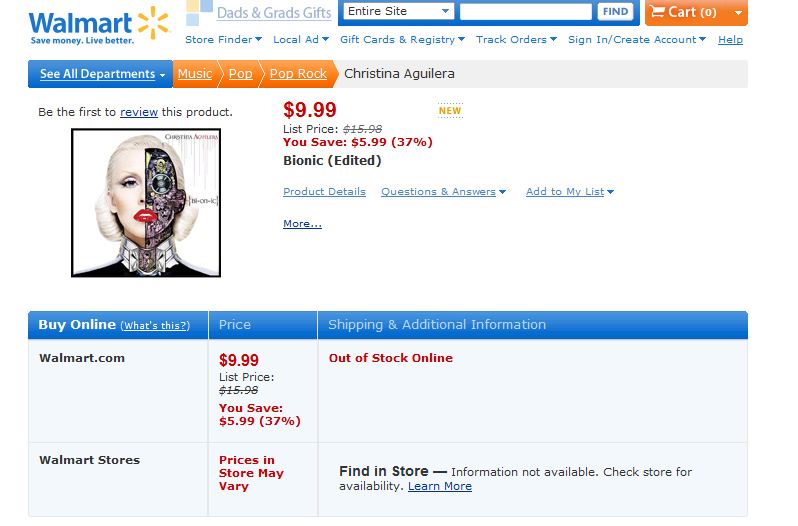 According to the Wall Street Journal, Walmart’s “out of stock” increase is a well-thought-out strategy. It stems from Walmart’s desire to put greater focus on the less expensive option of ground shipping, with the goal of shipping within two days.

From a retail perspective, this move could actually be a boon for the company.

Given that some SKUs may be stored in warehouses or stores that would not be conducive to two-day ground shipping, Walmart is clearly focusing on increasing profitability of particular SKUs and the overall viability of ground shipping.

In August of 2016, Walmart made a huge announcement: they purchased the up-and-coming eCommerce startup Jet.com.

Jet.com’s advantage was its focus on bundling products in order to decrease shipping costs.

From a logistics and supply chain perspective, the purchase of Jet.com was a genius move; from an eCommerce perspective, it was a master-stroke.

Walmart was fully aware that, while it dominated the brick and mortar space, Amazon had fully established itself as the dominant player in the online space.

By leveraging Jet.com’s footprint, as well as their focus on their shipping strategy which was focused on maximizing value to the customer while minimizing shipping costs, Walmart was able to optimize and streamline their already-astounding logistics infrastructure.

Along with the purchase of Jet.com, Walmart leveraged its new relationship with Jet.com’s team to re-assess its overall strategy, taking several steps to optimize shipping – it seems that the new out of stock policy is an extension of this new strategy:

By focusing on the profitability of particular SKUs, Walmart may, in the short term, cause some disruptions. However, in the long-run, it’s likely that they will decrease costs and increase profitability.

This is particularly important given the increasing cost of transportation and a highly competitive eCommerce market.

Amazon in the Headlights

Though considerably “younger” than Walmart, Amazon is now a legitimate behemoth in the world of retail. They are now the second company, after Apple, to achieve the monumental status of becoming an trillion-dollar company.

Amazon has impacted retail and shipping in ways that no other company has. Walmart, even though it took them some time, has done an admirable job of protecting its position as the largest retailer in the world.

In addition to Jet.com, Walmart has made several other acquisitions in order to protect itself against being overrun by Amazon, particularly in the realm of online.

All shippers should take note

Shipping costs are rising, and there is no indication that they are going to normalize any time soon.

Creating greater efficiencies within shipping, like Walmart is doing, is one way that shippers can help to streamline their operations and focus on profitability.

With this rise comes the need for greater streamlining on the part of shippers – necessity is the mother of invention.

In order to help cut costs and remain competitive with shipping, companies need to invest in a freight audit solution that is robust and pro-active.

There are 6 major things to consider when deciding on a freight audit solution:

Set up a call with one of our experts to discuss how Intelligent Audit can help your business uncover opportunities for cost reduction and supply chain improvements through automated freight audit and recovery, business intelligence and analytics, contract optimization, and more.
Contact Us