As fall quickly approaches, shippers are busy preparing for the stressors of the peak shipping season. However, this year's peak season may have some surprises in store for shippers. Last week saw prominent labor groups and businesses fail to come to agreements, implying that peak season may likely be interrupted by not one but two major strikes. Read about all this and more in our roundup of recent logistics industry headlines.

As perhaps the final volley in the ongoing industry battle between Patton Logistics and FedEx Ground, Ground has canceled all agreements with the Midwestern delivery provider. According to a recent statement from Spencer Patton, founder and CEO of Patton Logistics, "For years, FedEx Ground has used bullying tactics when interacting with their contractors to create an environment of intimidation. This move to cancel our contracts is a clear case of a $60 billion corporation silencing anyone with a voice." Patton has been an outspoken critic of Ground's treatment of its contractors amidst rising operational costs. In retaliation to Patton's public complaints, FedEx has not only severed its partnership with Patton Logistics but also has filed suit against Route Consultant, claiming Patton's contractor consultancy profited from a "fictionalized crisis." However, it remains unclear if the sudden decoupling of Patton Logistics from FedEx will affect the mega-shipper's bottom line. According to reporting from Supply Chain Dive, "Routes covered by Patton make up less than 0.5% of the roughly 60,000 total routes in Ground's network, FedEx said in an emailed statement regarding the cancellations."

After a summer of labor relations headlines, there's big news brewing at UPS. Contract negotiations between the delivery powerhouse and the Teamsters (America's oldest union) are set to begin in the spring of 2023. According to reporting from CNN Business, "350,000 Teamsters work at UPS as drivers and package sorters out of a global workforce of 534,000 permanent employees." With such a high percentage of union members in the UPS rank and file, any workflow interruption would undoubtedly impact operations at UPS, which delivers an estimated 21.5 million packages daily. While it's too early to know if a strike is inevitable, labor relations experts like Todd Vachon of Rutgers University seem to think a work stoppage is likely. "The question is how long it will be," Vachon told CNN Business. "The union's president ran and won on taking a more militant approach. Even if they're very close [to a deal], the rank and file will be hungry to take on the company."

Following the trend set by fellow delivery giants Amazon and FedEx, UPS has announced its surcharges for the rapidly approaching 2022 peak season. According to UPS, customers billed for more than 20,000 packages after October 2021 can expect to see a "Peak/Demand Surcharge" tacked onto certain Ground, SurePost, and UPS Air Residential deliveries. However, the surcharge will not be a flat rate on all packages, as further analysis by Supply Chain Dive reveals: "UPS will charge shippers the highest applicable surcharge they reach. For example, if a customer ships 175% of their baseline shipping volume for the Ground Residential service in a given week, they will be charged $2 for all packages that go above 105% in baseline volume." UPS plans to keep this fee structure in place until January 14, 2023.

The Federal Motor Carrier Safety Administration (FMCSA) has announced that the 50-state waiver that's provided freight shippers with leeway around strict federal driver regulations throughout the COVID-19 pandemic will remain in place for an additional six weeks. The latest waiver, which allows drivers to work beyond previous hours-of-service (HOS) limits, is half the length of the two previous three-month extensions. As FreightWaves reports, "The waiver exempts — with certain conditions — truck drivers from maximum daily and weekly drive-time rules for any driver or trucking company providing direct assistance in support of the COVID-19 health emergency." Though the shorter, six-week extension seems to imply that the waiver could soon end, the FMCSA has made no formal announcement regarding when HOS regulations will return to normal.

Loomis Express, an Ontario-based Canadian logistics provider, narrowly avoided a strike following a tentative agreement with its parent company, North American shipping giant TransForce International. "The strike," FreightWaves reports, "would have affected company facilities across eight Canadian provinces." Although the August 31 strike date has passed, it will take another two weeks for voting to ratify the agreement.

FreightWaves CEO Craig Fuller senses trouble looms for truckload carriers. "Ever since the summer of 2020, trucking companies have largely held all of the power in rate negotiations, based on their ability to squeeze their shipper customers for rate premiums," Fuller writes in a recent post on the FreightWaves website. However, as Fuller's analysis reveals, the market is quickly shifting back toward shippers. This trend can be seen most clearly in truckload spot rates, which, Fuller calculates, have dropped by up to 37% since January 2022. As shippers recognize that the market has entered a period of stability—something not seen since the pre-pandemic days—they'll begin raising prices to "claw back as much as possible of the rate increases that they offered carriers over the past year," Fuller predicts. Although he warns that truckers and trucking industry advocates will likely produce a sizable outcry, Fuller reminds readers that " …the market doesn't care; it only worries about the laws of supply and demand. However, for some shippers, the past two years have felt personal, and now it's their chance to get revenge."

Last week's meetings between prominent labor organizations and freight railroads failed to lead to tentative agreements, signaling that a large-scale strike of the nation's freight rail workers may not just be possible but likely. Though three smaller unions—the Transportation Communications Union, the Brotherhood of Railway Carmen, and the International Association of Machinists and Aerospace Workers—did make progress toward a tentative agreement, the larger unions BLET and SMART-TD were unable to do so.

Per the Railway Labor Act, the remaining unions could legally stage a work stoppage or strike after a cooling-off period ends on September 16. While a strike isn't a certainty, a recent poll from Railway Workers United revealed a staggering "95.8% of the 3,165 survey respondents believed that railroaders should be allowed to exercise their right to strike on or after Sept. 16," according to FreightWaves.

Though the supply chain crises of the past several years have affected virtually every industry, perhaps no sector has seen more disruption than pharmaceutical production and distribution. According to John Bermudez, VP of Product Marketing at Tracelink, "Historically, many pharma companies used a very basic approach, saying, ‘If we maintain two years of inventory, we'll always be able to ship on time.' But during the early months of the COVID pandemic, products for which they had held a two-year inventory ran out in two months."

Shortages Persist With No End in Sight

While American consumers have grown used to persistent shortages in the grocery aisle, some may have been surprised at the amount of empty shelf space encountered on recent trips to the supermarket. From Sriracha to Baby Formula, from tomatoes to tampons (which have risen a staggering 10% in price over the last year, according to reporting from CNET), American consumers are having difficulty finding and purchasing the products they need. While these shortages are due to a wide variety of issues—from the ongoing war in Ukraine to the constant droughts brought on by climate change — CNET warns that "it's unclear when the supply for these items will bulk back up." 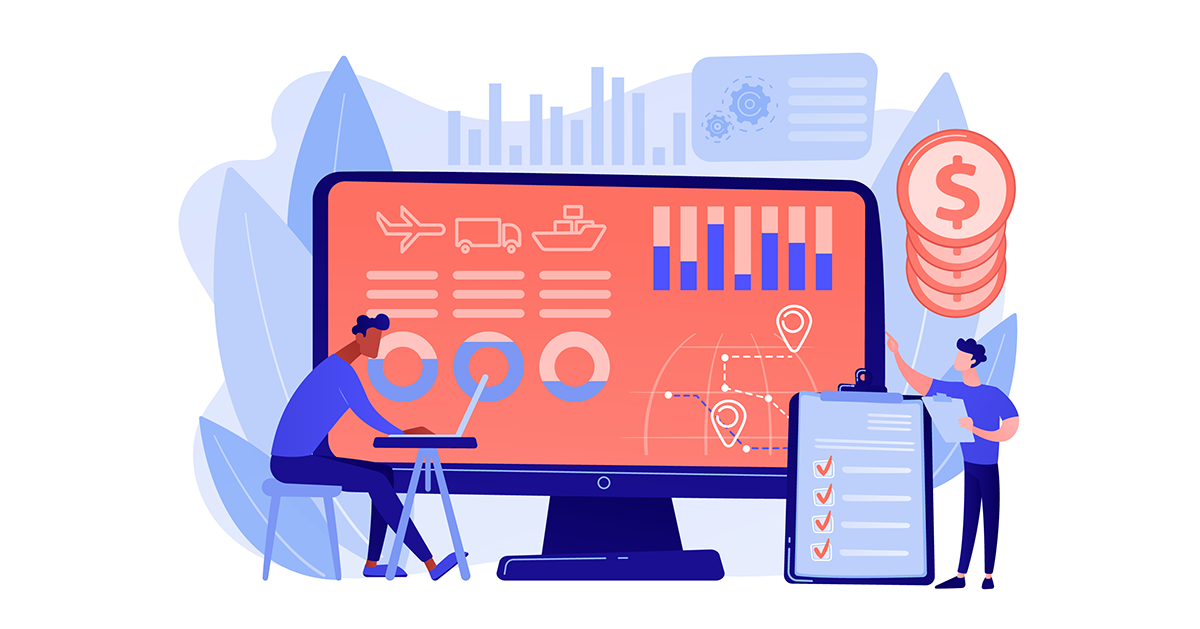 From throughput to finance, the top supply chain KPIs help shippers measure success. Find out the first nine of 18 KPIs to track now. 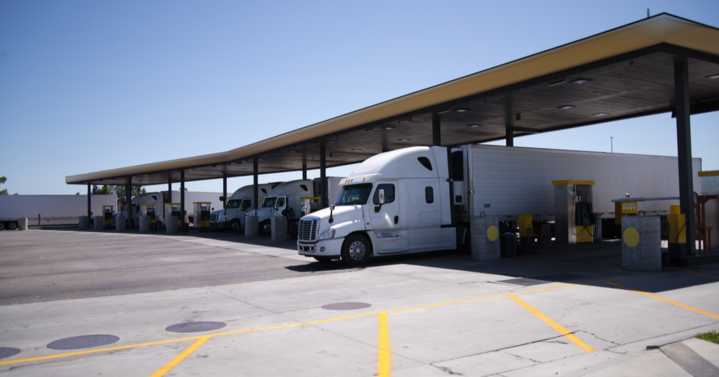 How will releasing 1 million barrels of strategic oil reserves per day impact the American supply chain? Read this article to find the answer and more. 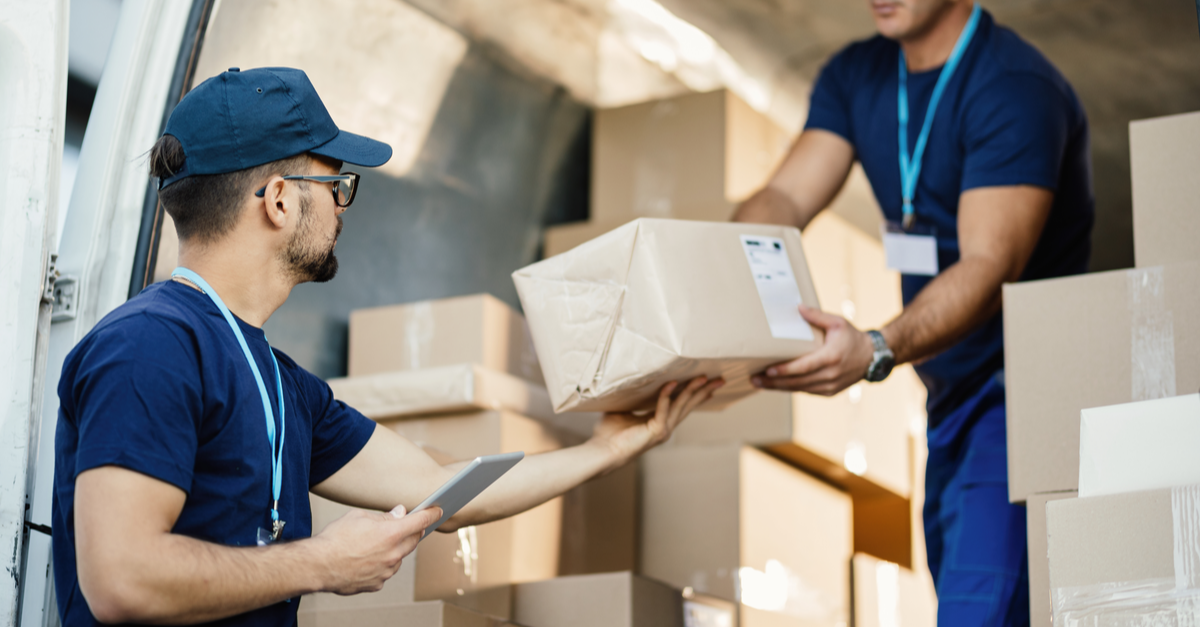 The Gig Economy Comes to Parcel Delivery: What Should Companies Know?

As the gig economy grows more embedded in the supply chain, its use in parcel delivery will rise in tandem.